Hope you have had a really good weekend and that you didn’t fall for some April Fool’s joke. Me, I avoided television, radio and social media, but I was most likely fooled anyway 🙂 Right now I’m sitting at home with my mother in law works and gets some relief, there has been some really stressful days, so there has not been any posts. Harry refused to leave my side now that we are at home by ourselves. But now it’s not long before J is back home. And tonight is the first time I got to sleep fairly. 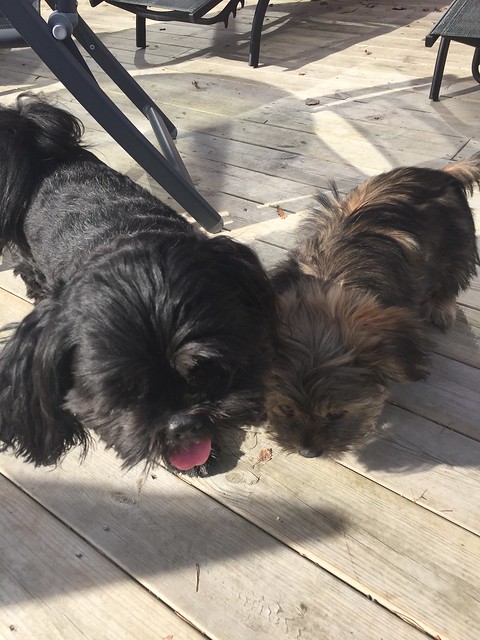 Yesterday we were also with my in-law and played for a few hours, it was the last bit of sun and heat. Back home we relaxed on the patio and looked a little on the outside world. Harry has a blanket to lie on and had a really cozy time with his bone. He has gradually started to lose some teeth so it’s a terrible biting at everything all the time. Poor thing. There were also two short walks, if you are a small puppy there is only so fare you can go 🙂 However, he is slowly discovered that he can make his needs outside the safty of the garden – so proud, and although he is still scared of other people, dogs and some sounds he is clearly getting braver each time we go out – because it’s a bit fun to. Yesterday he even dared to chase some small birds.

Well, that’s swell as good to work on this so it will be ready sometime.

Ut’s not much, but it’s a start.🥶#älskadeh

In the mood for Halloween 🎃 #älskadehund #unde