Oh my, what a week we’ve had. Please tell me you had a beter one.

Let’s start with the positive. Harry got his first big boy fur cut. I really like his new look. He looks like a tiger or a hyena.

On the down side, Harry has been a bit under the weather. On Friday night he all of a sudden pooped in the house, and about an hour later he did it again. And this time he had diarrhea. We thought it’s must been something he ate during the day, beacause the next day he was okej. Then he did it again on Sunday night. And this time he had to go outside every hour to poop. Because he had no fever and was his normal self, we put him on a diet to calm his stomach – overcooked rice and cod. Feeding him tiny, tiny portions every hour. Of course J was away on a business trip all week, so I didn’t get much sleep. I’m still tired, haha. On the bright side, Harry is all well and back to normal again. I’ve given him a deworming – just to be on the safe side, as diarrhea can be a side effect of worms

In all of the chaos I somehow managed to get my camera out and take a few photos. Like this one, it’s a small water puddle in a rocking hole 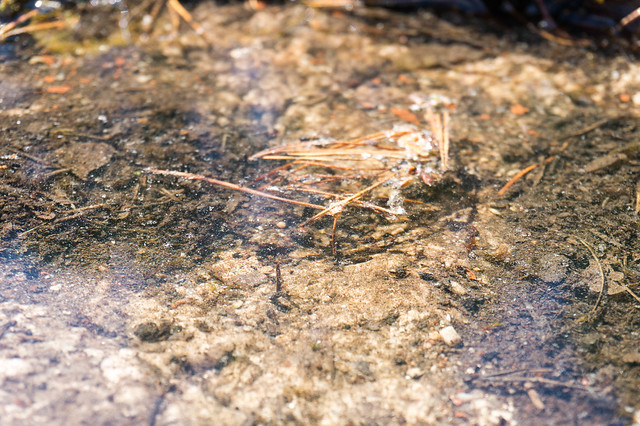