Okej, this was not the kind of weather I had hoped for for Easter. Right now it’s snowing – a lot. And it’s not melting away 🙁  Hopefully it will tomorrow.

Today we’ve founded around the parts of the fence where the gates will be. After that we went to my in laws and Harry got to play with not just Dennis but Cilla and Greta to. Cilla and Greta are from the same breeder as Harry and Dennis, and they have the same dad. He was a bit insecure at first and hid behind my father in law, but after a few minutes he was running around and playing. This is the first time he has played with any other dogs than Dennis. He is usually not interested or to insecure, and wants to run home, when we meet other dogs. 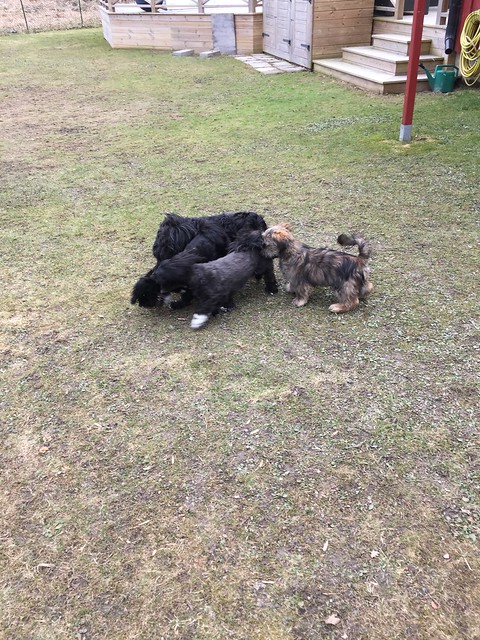 It wasn’t easy trying to take a picture of them, as they refused to stand still long enough. But at this picture Harry is playing with Cilla – the oldest of them all. Dennis is just walking out of the picture and Greta is the dog in the middle. They had so much fun together and Harry fell asleep like a log in the car. 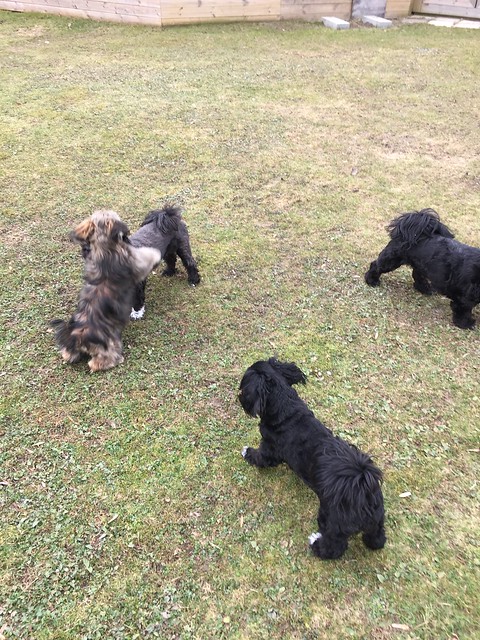 Ut’s not much, but it’s a start.🥶#älskadeh

Loving my new safety jacket. Hoomans Can see me fo