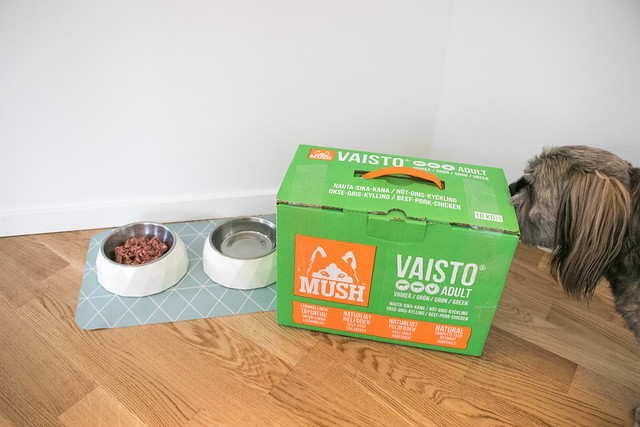 As you know, Harry’s really fussy about what he eats – the shih tzu side of him shines bright in this area. He’s also got some typical breed problems with his stomach, resulting in daily baths, the use of dogfriendly wetwipes and the fur on his tail rolled up in a “manbun” 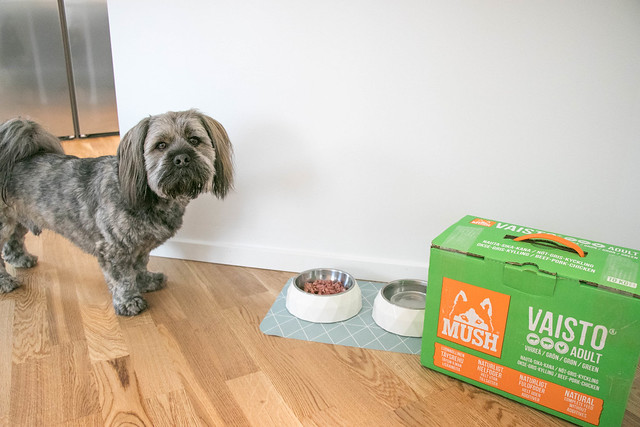 Last Thursday he started the day by throw up (twice), not the usual “I had some gras yesterday vomit”, this time it was yesterdays dinner. But he was his joyful self, so I left him at my mother in law and went to work. After lunch, she calls me, telling me that Harry’s thrown up again. This time about 4 times and the last time there was a little blood in it. We called the vet and they wanted us to come straight in. So I rushed home from work, picked up Harry and my mother in law, and drove him to the vet. They took some bloodsamples, checking the white and red bloodcells, they checked him for fever and x-rayed his stomach. They all came out clear – healthy as a horse. He got some iv under his skin in his neck, a shot for pain and one for the nausea. Before we went home, we got some samples of different types of kibbles that would fit his needs. Do I even have to tell you he refused to eat any of them? 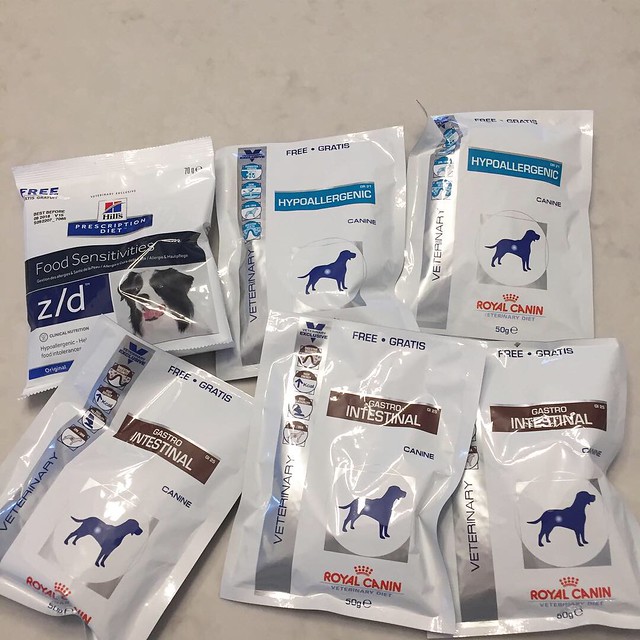 That evening, Harry wasn’t himself, he just lay on the livingroom floor, shivering. So I put him in the sofa and put a blanket on him, and that’s were he spent the rest of the evening, sleeping. Friday morning, still not quite himself, I decided to stay home from work, keeping an eye on him. He got better as the day passed, but still refused to eat anything. Not even treats. I had some barf meatballs in the freezer that I defrosted in the microwave for him late Friday evening and got him to eat that. He kept beeing fussy and refusing to eat all weekend. I think he had like 6 of these meatballs in total during that time. 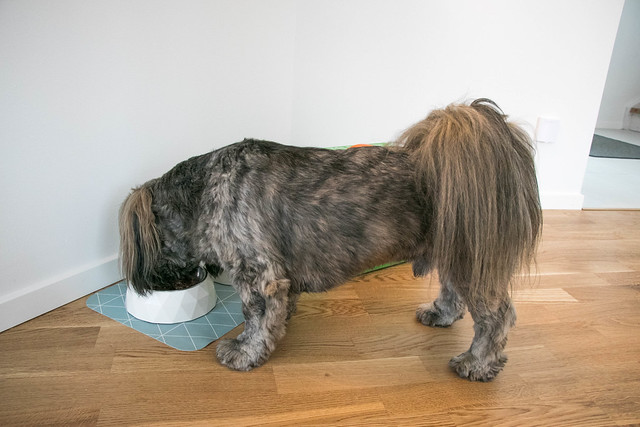 So first thing Monday morning I called the vet again, telling them about our weekend and asking them what to do. He needs to eat something, what can I do. They suggested canned food, and I asked them what about fresh food for dogs, telling the vet about the meatballs he had eaten. And she sad, give it a try. The important thing is that he’s eating. So I Googled, like a lot. I think I spent more than two hours searching for different alternatives, reading other dogparents comments and experiences, pros and cons, quality test results. Any thing I could get my hands on. Finally I think I found the right one, and after work we went straight to the petshop and got us a big box of Mush Vaisto barf blocks. The same brand as the meatballs.. 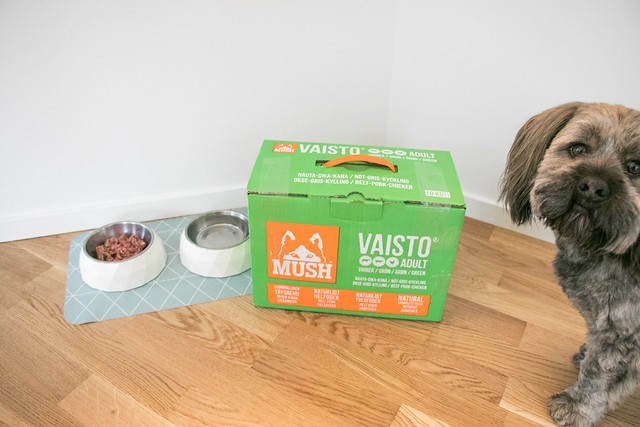 And as of Thuesday morning he’s been symptomfree. No more daily baths, no more manbuntail, no more wetwipes. He’s a lot happier, got a bit more energy, he’s scratching less and his poo is picture perfect.

Now, I’m not trying to convince you to change your dogs food. I know a lot of people don’t like this kind of food, and that’s okej. I’m just sharing what has worked for us. And I know this isn’t for everyone. It takes a bit more planing, you have to defrost the blocks in the refrigerator, using an airtight container. It needs to be consumed within 24 hours, and you cant freez it again. You need to be very careful with the kitchen hygiene, like wash your hands after touching it, wash the bowl after meals and so on. As it’s made of fresh slaughterhouse waste, there’s a risk of bacteria. It’s harmelss for your dog, but we can get sick from it. So keep that in mind. I’ve got Harry his very own spoon, plastic boxes with airtight lids, his own shelf in the freezer and in the refrigerator – just to be safe.

If your dog has tummyproblems, consult your vet before making any food or diet changes. It’s important to know that your dog is truly healthy, so you don’t make matters worse.
Happy paws

I got myself a package from @denjodogs 😍Beautif

Getting my sealegs on, I also get this swimming-th